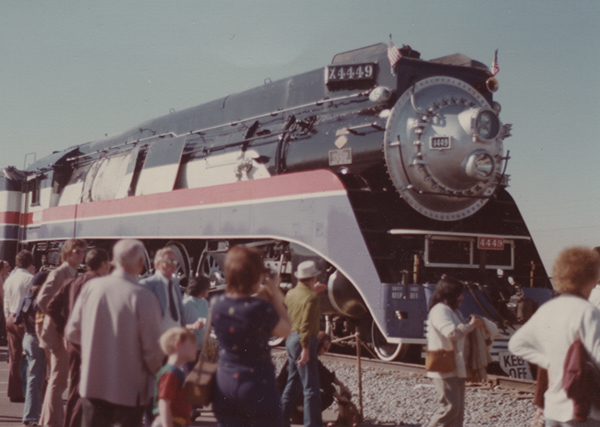 Southern Pacific 4449, also known as the "Daylight", was placed into service on May 30, 1941, and spent its early career assigned to the Coast Daylight, Southern Pacific's premier passenger train between San Francisco and Los Angeles, California. This train is the only surviving example of Southern Pacific Railroad's GS-4 class of steam locomotives and one of only two GS-class locomotives surviving, the other being GS-6 4460 at the Museum of Transportation in St. Louis, Missouri. GS is abbreviated from "Golden State". The locomotive was built by Lima Locomotive Works in Lima, Ohio, for Southern Pacific in May 1941; it received the red-and-orange "Daylight" paint scheme for the passenger trains of the same name which it hauled for most of its service career.