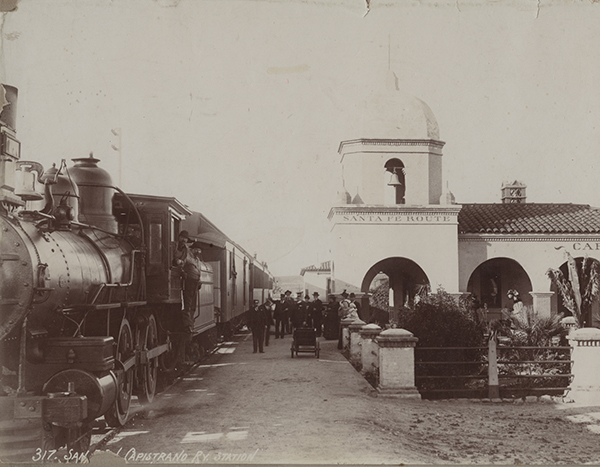 The last great train robbery in San Juan happened in 1925 right outside our restaurant. The story, as told through the SJC Historical Society goes that one evening as the train was traveling slowly through town; a robber jumped to the ladder on the side of a car, climbed on top, kicked through a side glass window, then shot down into the car and wounded the attendant. He lowered himself down a rope ladder, broke a mail car door window and reached through to un-latch the door and gain access. He rifled the mail pouches and strongbox then jumped off the train and presumably caught a southbound train. The wounded attendant later was found and rushed to the hospital, but passed away. It was discovered that only five dollars was taken from the strongbox but $2,100 was stolen from the mail sacks. Despite offers of rewards, the robber/killer was never apprehended.